Aberdeen has positioned itself as a Hydrogen City and a world leader in the energy transition away from fossil fuels. As big oil moves decisively towards the green hydrogen opportunity, a city like Aberdeen has a critical role to play with its energy sector expertise and infrastructure. The recent announcement of the long-mooted Hydrogen Hub Project selecting BP as its corporate partner will serve to give the City’s net-zero ambitions even more momentum.

Green Hydrogen in the Energy Transition

Hydrogen will become an increasingly relevant energy source over the coming decade. Green hydrogen is created by electrolysing water into its component parts using electricity from renewable sources, predominantly wind and solar. It’s a way of converting renewable energy into a storable and transportable energy resource. At the production and distribution level, green hydrogen is not an industry for start-ups; until production scales up, it remains an expensive form of energy. However, a flurry of recent news stories suggest that the oil giants see their future in green hydrogen because there is strong demand and it plays to their existing expertise, networks, infrastructure and deep pockets.

As the big companies invest in hydrogen, existing energy sector hubs will be important. The Hydrogen Roadmap Europe report from 2020 gave a target of hydrogen accounting for 24% of final energy demand by 2050. In the same year, the Scottish Government set out its vision for Scotland to become a leading sustainable hydrogen producer. Aberdeen was well ahead though, with its first hydrogen refuelling station going live in 2014 and 10 fuel cell buses running since 2015. Another refuelling station and a larger, more diverse fleet of 85 public sector hydrogen vehicles are now in service.

The North Sea is already becoming a centre for green hydrogen generation and Aberdeen had established itself as a “Hydrogen City” a decade before the announcement of the new Hydrogen Hub that is being created with BP.

“It will help create a cleaner, more sustainable city for local people and it also provides us with the opportunity to create hundreds of skilled jobs and add millions to the Aberdeen economy. Aberdeen has a worldwide reputation as a pioneering hydrogen city and by working in partnership with BP, we intend to put Aberdeen at the forefront of the green economic recovery.”

The project will seek to create a commercially scalable hydrogen production and distribution facility, “making use of the region’s renewable resources to provide a truly ‘green’ fuel supply”. In a region where renewable energy conjures images of wind turbines, the first phase of this new facility will be supported by a solar farm, generating enough green hydrogen to support existing transportation. The second phase will too to supply trucks, marine and rail transport. The longer-term third phase will look support heating and wider infrastructure with enough capacity to start exporting too.

Aberdeen’s energy expertise is well-established meaning that relevant expertise has been built up in many different ways. It is thought that to facilitate the introduction of affordable green hydrogen, some blue hydrogen, created more cheaply from fossil fuels, may have to be used. While this rings alarm bells for some, Scotland’s net-zero ambitions are unequivocal and well documented. Aberdeen University is a leading academic centre for sustainable energy, meeting the challenge of minimising the carbon output from the blue carbon manufacturing process among other initiatives. The city is also committed to the North Sea’s circular economy, facilitating the ethical decommissioning of marine infrastructure for repair, reuse or recycling.

As the hub slowly ramps up towards production we will see more services in the region running on hydrogen and many more initiatives investigating how it can be exploited by industry. While Aberdeen hasn’t been successful with every green energy bid, this step forward in the hydrogen journey will build momentum and the possibility of Green North East Freeport status for Aberdeen and Peterhead would only kick things on further. 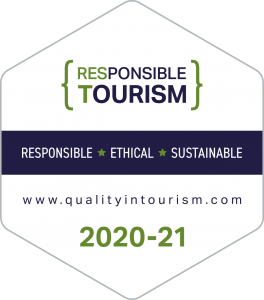